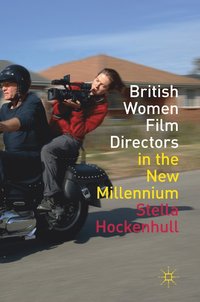 av Stella Hockenhull
Inbunden Engelska, 2017-05-09
1299
Köp
Spara som favorit
Skickas inom 3-6 vardagar.
Fri frakt inom Sverige för privatpersoner.
Finns även som
Visa alla 1 format & utgåvor
This book focuses on the output of women film directors in the period post Millennium when the number of female directors working within the film industry rose substantially. Despite the fact that nationally and internationally women film directors are underrepresented within the industry, there is a wealth of talent currently working in Britain. During the early part of the 2000s, the UKFC instigated policies and strategies for gender equality and since then the British Film Institute has continued to encourage diversity. British Women Directors in the New Millennium therefore examines the production, distribution and exhibition of female directors' work in light of policy. The book is divided into two sections: part one includes a historical background of women directors working in the twentieth century before discussing the various diversity funding opportunities available since 2000. The second part of the book examines the innovation, creativity and resourcefulness of British female film directors, as well as the considerable variety of films that they produce, selecting specific examples for analysis in the process.
Visa hela texten

Stella Hockenhull is a Reader in Film and Television Studies at the University of Wolverhampton. She is co-director of the Research Centre for Film, Media, Discourse and Culture and is widely published in the field of British cinema. Her published works include Aesthetics and Neo-Romanticism in Film: Landscapes in Contemporary British Cinema (2013) and Neo-Romantic Landscapes: An Aesthetic Approach to the Films of Powell and Pressburger (2008).