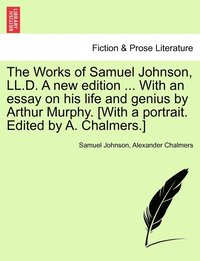 The Works of Samuel Johnson, LL.D. a New Edition ... with an Essay on His Life and Genius by Arthur Murphy. [With a Portrait. Edited by A. Chalmers.]