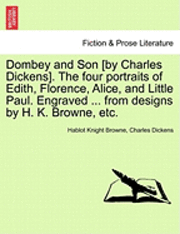 Bloggat om Dombey and Son [by Charles Dickens]. the ...