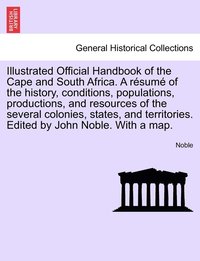 Illustrated Official Handbook of the Cape and South Africa. a Resume of the History, Conditions, Populations, Productions, and Resources of the Several Colonies, States, and Territories. Edited by