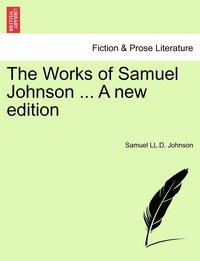 The Works of Samuel Johnson ... a New Edition