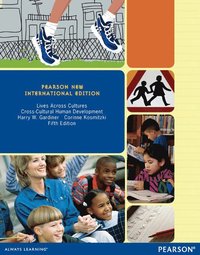 Presented in a chronological-within-topics approach, covering the entire lifespan, this text focuses on cultural similarities and differences in human development throughout the world while emphasizing links among theory, research and practical applications.   Combining the latest research with vignettes, stories, and personal experiences in their highly-praised, scholarly, yet engaging conversational and frequently humorous writing style, the authors make the study of similarities and differences an exciting experience.
Visa hela texten

NEW TO THIS EDITION