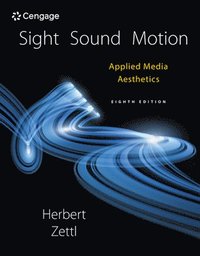 Herbert Zettl is a professor emeritus of the Broadcast and Electronic Communication Arts Department at San Francisco State University, where he headed the Institute of International Media Communication and received the California State Legislature Distinguished Teaching Award and the Broadcast Education Associations Distinguished Education Service Award.
Prior to joining the SFSU faculty, Zettl worked at KOVR (Stockton-Sacramento) and as a producer-director at KPIX, the CBS affiliate in San Francisco, where he participated in a variety of CBS and NBC network television productions. Because of his outstanding contributions to the television profession, he was elected to the prestigious Silver Circle of the National Academy of Television Arts and Sciences, Northern California Chapter. He also is a member of the Broadcast Legends of the NATAS, Northern California Chapter.

Zettl is the author of VIDEO BASICS and TELEVISION PRODUCTION HANDBOOK, which are translated into several languages and published internationally. His numerous articles on television production and media aesthetics have appeared in major media journals worldwide. He has lectured extensively on both subjects at universities and professional broadcast institutions both nationally and internationally. In addition, Zettl developed an interactive DVD-ROM, ZETTLS VIDEOLAB 4.0 (Cengage Learning). His previous CD-ROM version won several prominent awards, including the Macromedia Peoples Choice Award, the New Media Invision Gold Medal for Higher Education, and Invision Silver Medals in the categories of Continuing Education and Use of Video.