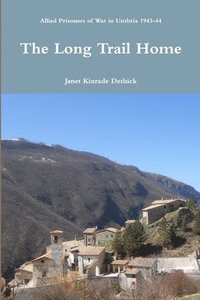 av Janet Kinrade Dethick
Häftad Engelska, 2016-03-23
189
Köp
Spara som favorit
During the Second World War the small landlocked Italian region of Umbria was crossed by thousands of Allied servicemen. There were those entrained for camps in Northern Italy, in Germany or in German-controlled territories. There were those belonging to work parties who came in open trucks from Campo PG 54 at Fara in Sabina to construct a new camp, Campo PG 77 at Pissignano, or to swell the much-depleted indigenous labour force in a cement factory and brickworks and were interned in PG 115 (Morgnano) and PG 115/3 (Marsciano). There were men from the Special Air Services (SAS) who had been parachuted in to carry out special missions. There were the American airmen whose planes had been shot down from the Umbrian skies. There were the escapers and evaders who in trying to reach the Allied Lines or neutral Switzerland walked the Appenines. There were two submariners from HM Submarine Saracen who were held in Perugia gaol before being sent to Dachau. This is their story.
Visa hela texten