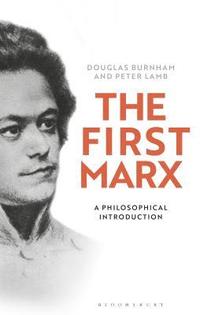 av Peter Lamb, Douglas Burnham
Häftad Engelska, 2018-11-15
289
Köp
Spara som favorit
Skickas inom 5-8 vardagar.
Fri frakt inom Sverige för privatpersoner.
Finns även som
Visa alla 3 format & utgåvor
Marx's early work is well known and widely available, but it usually interpreted as at best a kind of stepping-stone to the Marx of Capital. This book offers something completely different; it reconstructs, from his first writings spanning from 1835 to 1846, a coherent and well-rounded political philosophy. The influence of Engels upon the development of that philosophy is discussed. This, it is argued, was a philosophy that Marx could have presented had he put the ideas together, as he hinted was his eventual intention. Had he done so, this first Marx would have made an even greater contribution to social and political philosophy than is generally acknowledged today. Arguments regarding revolutionary change, contradiction and other topics such as production, alienation and emancipation contribute to a powerful analysis in the early works of Marx, one which is worthy of discussion on its own merits. This analysis is distributed among a range of books, papers, letters and other writings, and is gathered here for the first time. Marx's work of the period was driven by his commitment to emancipation. Moreover, as is discussed in the conclusion to this book, his emancipatory philosophy continues to have resonance today. This new book presents Marx in a unique, new light and will be indispensable reading for all studying and following his work.
Visa hela texten

Much more than a study of the Marx's early writings, The First Marx draws on an unusually wide array of primary source materials. Burnham and Lamb construct a first political philosophy for Marx that reflects the power and sweep of his critical thinking. Thematic chapters provide new insights into alienation, exploitation, emancipation and other concepts that Marx developed philosophically. In this book we are presented with a coherent picture that biographical studies do not achieve. The early Marx did not know that he would become the later Marx, and Burnham and Lamb have done us a service in stopping the clock at a crucial point. * Terrell Carver, Professor of Political Theory, University of Bristol, UK * The First Marx fills a gap in the literature on Marx by taking Marx's early work, seriously as a complete philosophical system. It is an invaluable resource for understanding key terms in Marxism such as "alienation," and would lend itself to discussion of humanism as well as the importance of Marx's early work as foundational to the entire concept of social construction. * Judith Grant, Professor of Political Science, Ohio University, USA * In The First Marx, Douglas Burnham and Peter Lamb diligently and brilliantly build a temporally resonant Marx out of his early writings, and garner his splintered insights to work as a distinct political philosophy. They have equally productively and generatively applied Marxian ideas to the contemporary human condition in ways that open the door to future research and scholarship on Marx. The First Marx will long endure as a must-have primer for both early and advanced students and scholars of Marx. * LSE Review of Books *