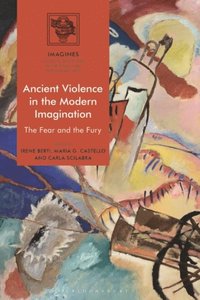 The Fear and the Fury

av Berti Irene Berti, Castello Maria G Castello, Scilabra Carla Scilabra
E-bok (PDF - DRM), Engelska, 2020-10-15
1119
Ladda ned
Spara som favorit
Laddas ned direkt
Läs i vår app för iPhone, iPad och Android
Finns även som
Visa alla 3 format & utgåvor
The collected essays in this volume focus on the presentation, representation and interpretation of ancient violence from war to slavery, rape and murder in the modern visual and performing arts, with special attention to videogames and dance as well as the more usual media of film, literature and theatre. Violence, fury and the dread that they provoke are factors that appear frequently in the ancient sources. The dark side of antiquity, so distant from the ideal of purity and harmony that the classical heritage until recently usually called forth, has repeatedly struck the imagination of artists, writers and scholars across ages and cultures.A global assembly of contributors, from Europe to Brazil and from the US to New Zealand, consider historical and mythical violence in Stanley Kubrick's Spartacus and the 2010 TV series of the same name, in Ridley Scott's Gladiator, in the work of Lars von Trier, and in Soviet ballet and the choreography of Martha Graham and Anita Berber. Representations of Roman warfare appear in videogames such as Ryse: Son of Rome and Total War, as well as recent comics, and examples from both these media are analysed in the volume. Finally, interviews with two artists offer insight into the ways in which practitioners understand and engage with the complex reception of these themes.
Visa hela texten