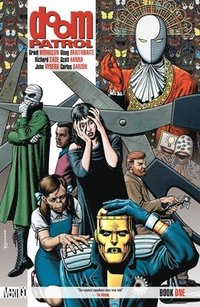 Writer Grant Morrison is known for his innovative work on comics from the graphic novel Arkham Asylum to acclaimed runs on Animal Man and Doom Patrol, as well as his subversive creator owned titles such as The Invisibles, Seaguy, Joe the Barbarian and WE3. He has also written best-selling runs on JLA, Seven Soldiers of Victory and New X-Men and recently helped to reinvent the DC Universe in All-Star Superman, 52, Batman and Joe The Barbarian. He wrote the opening salvo to Superman: Action Comics and is currently writing Batman, Incorporated as a part of DC Comics' The New 52.