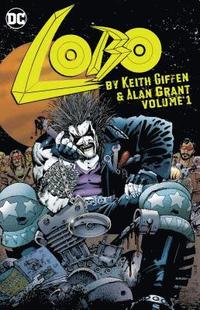 Keith Giffen has provided plotting, scripting, artwork or any combination thereof for titles such as ALL-STAR COMICS, LEGION OF SUPER-HEROES, RAGMAN, CREEPER, LOBO, SUICIDE SQUAD, THE DEFENDERS, HERO SQUARED!, and, um...AMBUSH BUG. He's worked on the weekly series 52 and COUNTDOWN TO FINAL CRISIS, as well as 52 AFTERMATH: THE FOUR HORSEMEN and MIDNIGHTER, plus a gazillion other things.