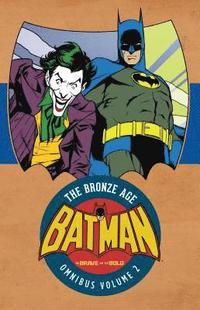 Batman: The Brave and the Bold

Bloggat om Batman: The Brave and the Bold

Born in 1926, Robert G. Haney grew up in Philadelphia and received an M.A. from Columbia University in New York City. He entered the comics field in 1948, writing war, crime and western stories for a wide variety of publishers, including Fawcett, Quality, Fox, Harvey, Toby, Hillman and St. John. By 1956, however, he was working almost exclusively for DC, where he would remain until the early 1980s. In the course of his long career, Haney worked on a vast number of DC titles, but he is perhaps best known for his pivotal role in the creation of Metamorpho, Eclipso and the original Teen Titans, his long runs on BATMAN AND ROBIN, SUICIDE SQUAD, TOMAHAWK and MYSTERY IN SPACE and his prodigious contributions to editor Robert Kanigher's line of war comics. After a brief tenure in the late 1980s scripting episodes of the animated series ThunderCats and The Comic Strip for Rankin/Bass, Haney retired from professional writing and settled in the seaside town of San Felipe in Baja California. He passed away on December 5, 2004