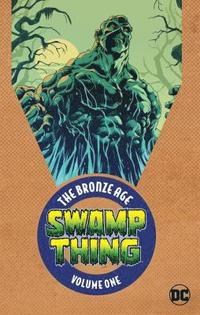 Comics, TV, and movie writer Len Wein began his career in comics 40 years ago. He has been editor-in-chief of Marvel Comics, Disney Comics, and Top Cow, as well as a senior editor at DC Comics. He is the co-creator of the comic book series SWAMP THING, HUMAN TARGET, BROTHER VOODOO, WOLVERINE, and THE NEW X-MEN. His new feature-length screenplay of SWAMP THING is currently in development with Silver Pictures, and he has also written the screenplay for WHIRLWIND, a new super-heroine for POW! Entertainment.