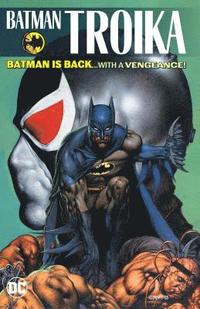 Chuck Dixon's resume includes thousands of scripts for iconic characters like Batman, Superman, Green Lantern, Iron Man, the Punisher, The Simpsons, Spongebob Squarepants, GI Joe and many others. He is (along with artist Graham Nolan) the creator of the Batman villain Bane, the first permanent addition to the Dark Knight's rogues gallery in 40 years and for which he won 1993's Wizard Fan Award for best new character. His graphic novel adaptation of J.R.R. Tolkien's The Hobbit is a perennial bestseller worldwide. His unprecedented 100-issue run on DC Comics, Robin is considered to be a classic in the comics medium. Chuck's contributions to Marvel Comics' The Punisher are widely acknowledged as integral to that character's development.