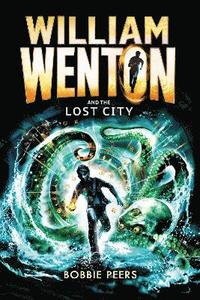 William Wenton and the Lost City

Bobbie Peers made his mark on Norwegian film history when he won a Palme d'Or in 2006 for Sniffer, written and directed by Peers himself. The award became the first of many milestones in the London International Film School graduate's career as a director and film writer. The first book in the William Wenton series, William Wenton and the Luridium Thief was published in 2017, has been translated into over 30 languages and is set to become a film.