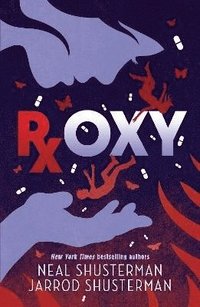 av Neal Shusterman, Jarrod Shusterman
Häftad Engelska, 2021-11-11
112
Köp
Spara som favorit
Finns även som
Visa alla 5 format & utgåvor
A chilling take on the opioid epidemic by the New York Times bestselling Neal Shusterman and Jarrod Shusterman. Above our world is a toxic wonderland where the party has raged for centuries. Humans know the partygoers simply as "narcotics", "opioids", "drugs". But here they are malevolent gods, toying with the fates of mortals. Roxy and Addison have made a wager to see who can be lethal the quickest. Isaac and Ivy Ramey are their targets. Ivy is understimulated and overmedicated. Isaac is desperate to recover from a sports injury that jeopardizes his chance of a scholarship. This is the start of a race to the bottom that will determine life and death. One Ramey will land on their feet. The other will be lost to the Party. The only question is... Which one?
Visa hela texten

Featured in The Bookseller's November previews. * The Bookseller * In my experience, a Shusterman book never disappoints and so it is again with Roxy. Drugs and addiction are the subjects of many young adult novels and this book breathes new life into a much-told story. Books like Roxy address the complacency that "it couldn't happen to me/my child," and for that reason alone is worth reading. It offers gentle advice on what to look out for and how to avert disaster and does all of this whilst telling an excellent and compelling story. * GeekDad *

Neal Shusterman is a New York Times bestselling author whose books include the acclaimed Arc of a Scythe series (Scythe, Thunderhead and The Toll) and Dry, as well as the Unwind series and Challenger Deep, which won a National Book Award. He also writes screenplays for film and television, for shows such as Goosebumps and Animorphs. Follow him on Twitter: @NealShusterman Jarrod Shusterman writes for film and television, and his talents extend to directing films and commercials. He and Neal are adapting Dry for the screen. Jarrod lives in Los Angeles but enjoys traveling internationally, and is currently studying Spanish. He can be found on Instagram @JarrodShusterman.