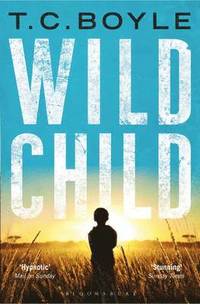 av T C Boyle
Häftad Engelska, 2011-04-18
95
Bevaka
Spara som favorit
Tillfälligt slut – klicka "Bevaka" för att få ett mejl så fort boken går att köpa igen.
Finns även som
Visa alla 3 format & utgåvor
A feral boy is captured and 'civilised' in the Languedoc region. A young woman is hired to look after a cloned dog that cost its owners $250,000. A widower in a self-satisfied suburb engulfs his loneliness in a sea of rats. A weary city GP is baffled by a Mexican boy, the son of a taco-seller, who can feel no pain. A junior film editor invents the death of his own daughter because he can't face going in to work. A vindictive teenager with a gasoline fixation runs into trouble with his Japanese neighbour. Two washed-up crooners in 1950s New York get creative while recording a schmaltzy Christmas special. In this beguiling new collection of stories, T. C. Boyle, one of the world's greatest storytellers, explores the improbable, the tragic, the allegorical and the altogether ordinary.
Visa hela texten

'A master of structure, his stories beautifully engineered machines which he spray-paints with graffiti.' * <I>Independent</i> * 'One of the most intelligent and well-respected writers of his generation, continually flexing a literary muscle most writers don't even know they have.' * <i>The Times</i> * 'A terrifically skilled writer of short stories, able to enlist your sympathy and enthusiasm for his characters and their predicaments within a few sentences.' * <I>Daily Telegraph</i> * 'A writer who can take you anywhere' * <I>New York Times</i> *

T.C. Boyle's novels include World's End, winner of the PEN/Faulkner Award for Fiction, The Tortilla Curtain, Riven Rock, A Friend of the Earth, Drop City (which was a finalist for the National Book Awards), The Inner Circle and, most recently, the highly acclaimed The Women. His short story collections include After the Plague and Tooth and Claw, and his stories appear regularly in most major magazines, including the New Yorker, Esquire, Harper's, Granta and Paris Review. T.C. Boyle has been awarded the PEN/Malamud Award for lifetime achievement in the short story form and he was recently inducted into the Academy of Arts and Letters. He lives in California.