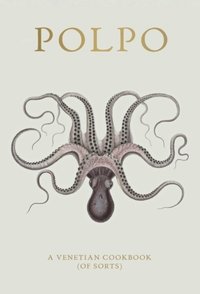 A Venetian Cookbook (Of Sorts)

av Russell Norman
(7 röster)
Inbunden Engelska, 2012-07-05
243
Köp
Spara som favorit
Finns även som
Visa alla 1 format & utgåvor
Tucked away in a backstreet of London's edgy Soho district, POLPO is one of the hottest restaurants in town. Critics and food aficionados have been flocking to this understated bacaro where Russell Norman serves up dishes from the back streets of Venice. A far cry from the tourist-trap eateries of the famous floating city, this kind of cooking is unfussy, innovative and exuberantly delicious. The 140 recipes in the book include caprese stacks, zucchini shoestring fries, asparagus with Parmesan and anchovy butter, butternut risotto, arancini, rabbit cacciatore, warm duck salad with wet walnuts and beets, crispy baby pizzas with prosciutto and rocket, scallops with lemon and peppermint, mackerel tartare, linguine with clams, whole sea bream, warm octopus salad, soft-shell crab in Parmesan batter with fennel salad, walnut and honey semifreddo, tiramisu, fizzy bellinis and glasses of bright orange spritz. With luminescent photography by Jenny Zarins, which captures the unfrequented corners, the bustling bacari and the sublime waterways of Venice, POLPO is a dazzling tribute to Italy's greatest hidden cuisine.
Visa hela texten

POLPO does what a great cookbook should do: it makes you urgently want to cook and breaks new territory * Daily Telegraph * Wonderful ... the dishes are simple, with relatively few ingredients, but they're inspired. The grilled courgettes with toasted breadcrumbs, for instance, was sublime. The pages of my book are already smeared with olive oil and egg; a good sign -- Melanie McDonagh * Evening Standard * A marvellously useful guide to anyone who actually wants to cook -- Cary Gee * Tribune * A present for the greedy gourmets in your life * Observer * Delicious * Mail on Sunday * Gorgeous * Daily Mail * Like a trip round the bars and bacari of Venice * Independent * A delight for its goodies from Venice and beyond, beautifully presented in a book that (hallelujah) lies flat on the kitchen surface -- Lisa Markwell * Independent * Definitely the design classic of 2012 * Irish Times *

Russell Norman is a restaurateur. Over the last 20 years he has worked in many of London's landmark restaurants as a waiter, bartender, maitre d', general manager and operations director. In 2009 he founded an independent restaurant company with his best friend and has since opened eight restaurants in central London including Polpo, Spuntino and Mishkin's. His book POLPO: A Venetian Cookbook (of Sorts) and was voted Waterstones Book of the Year 2012. In 2014 he presented The Restaurant Man, a six-part prime-time documentary for BBC2, and his second book SPUNTINO: Comfort Food, New York Style will be published in September 2015. russellnorman.co polpo.co.uk / @Polpo