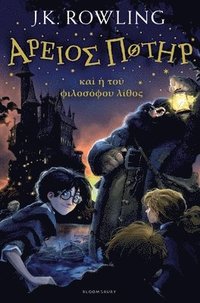 It will be a delight to all Classicists ... On nearly every page there is some felicity of composition to be admired, some turn of phrase that arouses admiration for the translator. In its entirety, it is an extraordinary work - it is also a wonderfully good read * Theodore Brennan, Professor of Philosophy and Classics, Cornell University *

J.K. Rowling is the author of the record-breaking, multi-award-winning Harry Potter novels. Loved by fans around the world, the series has sold over 450 million copies, been translated into 77 languages, and made into 8 blockbuster films. She has written three companion volumes in aid of charity: Quidditch Through the Ages and Fantastic Beasts and Where to Find Them (in aid of Comic Relief); and The Tales of Beedle the Bard (in aid of Lumos). She is writing a film script inspired by Fantastic Beasts and Where to Find Them. She has received many awards and honours, including an OBE for services to children's literature, France's Legion d'Honneur, and the Hans Christian Andersen Award.