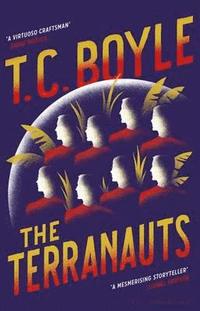 av T C Boyle
Häftad Engelska, 2017-10-05
119
Köp
Spara som favorit
Skickas inom 7-10 vardagar.
Fri frakt inom Sverige över 159 kr för privatpersoner.
Finns även som
Visa alla 2 format & utgåvor
BY THE WINNER OF THE JONATHAN SWIFT PRIZE 2017 LONGLISTED FOR THE INTERNATIONAL DUBLIN LITERARY AWARD 2018 Eight people take part in an ecological experiment in 1990s Arizona. Inspired by real events, The Terranauts places human behaviour under the microscope to spellbinding effect Linda is desperate to be one of the lucky eight chosen to take part in the world's most ambitious ecological experiment. She knows that she can survive for two years under the glass dome of Ecosphere II, set in the Arizona desert. Competition is fierce between the hopefuls, among them smooth-talking PR man Ramsay, and Dawn, a naive beauty. Inside the humid microcosm, the terranauts' labours over crops and livestock, their battles with creepy crawlies, their hostilities and sexual dalliances are all observed by tourists who come to gawp, Mission Control's cameras and the watchful eye of the media. As they struggle to control nature, and hunger sets in, the snake in this Eden starts to look unmistakably human...
Visa hela texten

Based on a similar experiment in the Arizona desert in the 1990s, The Terranauts is funny, but not always in a way you can laugh at. Boyle's dissections are far too accurate. One moment you're watching the antics of a narcissistic cast; the next you're finding it all heartbreakingly human. One thing is for certain: by the last few chapters, you know that you would pay not to live in an Elon Musk-financed habitat on Mars * Guardian * T. C. Boyle is by far and away one of the most inventive, adventurous and accomplished fiction writers in the US today ... Most of all, he is a mesmerising storyteller -- Lionel Shriver Boyle is a writer who chooses a large canvas and fills it to the edges -- Barbara Kingsolver A virtuoso craftsman -- Annie Proulx A sort of Frank Zappa of American letters ... Boyle is incapable of writing a boring sentence * Financial Times * Like the brilliant Karl Ove Knausgaard, he can make the cooking of a pork chop so exciting that you find yourself on the edge of your seat ... a master * The Times *

T. C. Boyle is the New York Times bestselling author of fifteen novels including The Tortilla Curtain, Drop City, The Harder They Come and San Miguel, and ten collections of stories, most recently T. C. Boyle Stories II. His work has been translated into twenty-five languages and has won a PEN/Faulkner Award for Fiction. He is a member of the Academy of Arts and Letters and lives in California. tcboyle.com