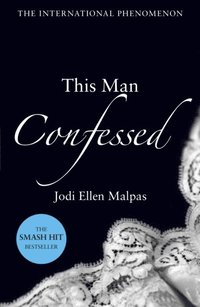 av Jodi Ellen Malpas
(1 röst)
E-bok (EPUB - DRM), Engelska, 2013-12-05
Den här boken kan endast laddas ned av privatpersoner.
56
Den här boken kan endast laddas ned av privatpersoner.
Ladda ned
Spara som favorit
Laddas ned direkt
Läs i vår app för iPhone, iPad och Android
Finns även som
Visa alla 2 format & utgåvor
Addictive, dangerous, your guiltiest pleasure yet: the thrilling climax to the hit trilogy.The very place where their passionate love affair began, The Manor, fills with guests on what should be the happiest day of Ava and Jesse's lives. She has accepted that she'll never tame the fierceness in Jesse, and she doesn't want to. Their love is profound, their connection powerful, but just when she thinks that she's finally got beneath his guarded exterior, more questions arise which lead Ava to believe that Jesse Ward may not be the man she thinks he is. He knows too well how to take her to a place beyond ecstasy...but will he also drive her to the brink of despair? It's time for this man to confess.Includes a bonus scene from Jesse's perspective.
Visa hela texten

Jodi Ellen Malpas was born and raised in Northampton, where she lives with her family. Working for the family construction business, she tried to ignore the lingering idea of writing a novel. She finally found the time and courage and in October 2012 self-published This Man as an ebook. She took a chance on a story with some intense characters, notably Mr. Jesse Ward, the Lord of the Manor, and sparked incredible reactions from women all over the world. Two months later, Jodi made the decision to give up her day job to concentrate on her new and very unexpected career in writing. Find out more at www.jodiellenmalpas.co.uk.