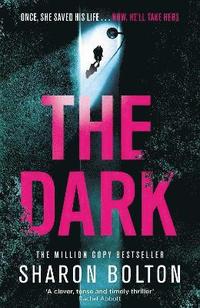 av Sharon Bolton
Inbunden Engelska, 2022-05-26
182
Köp
Spara som favorit
Kan levereras innan julafton!
Finns även som
Visa alla 1 format & utgåvor
THE UNMISSABLE BRAND NEW THRILLER FROM RICHARD & JUDY BESTSELLER SHARON BOLTON - POLICE OFFICER LACEY FLINT FACES HER MOST DANGEROUS CASE YET. When a baby is snatched from its pram and cast into the river Thames, off-duty police officer Lacey Flint is there to prevent disaster. But who would want to hurt a child? DCI Mark Joesbury has been expecting this. Monitoring a complex network of dark web sites, Joesbury and his team have spotted a new terrorist threat from the extremist, women-hating, group known as 'incels' or 'involuntary celibates.' Joesbury's team are trying to infiltrate the ring of power at its core, but the dark web is built for anonymity, and the incel army is vast. Pressure builds when the team learn the snatched child was just the first in a series of violent attacks designed to terrorise women. Worse, the leaders of the movement seem to have singled out Lacey as the embodiment of everything they hate, placing her in terrible danger...
Visa hela texten

What a book! A clever, tense and timely thriller. I loved every minute of it!' * Rachel Abbott, author of CLOSE YOUR EYES *

Sharon (formerly S J) Bolton grew up in a cotton-mill town in Lancashire and had an eclectic early career in marketing and public relations. She gave it up in 2000 to become a mother and a writer. Her first novel, Sacrifice, was voted Best New Read by Amazon.uk, whilst her second, Awakening, won the 2010 Mary Higgins Clark Award (part of the prestigious Edgars) in the US. She has been shortlisted for the CWA Gold Dagger, the Theakston's Prize for Best Thriller, the International Thriller Writers' Best First Novel award, the Prix Du Polar in France and the Martin Beck award in Sweden.