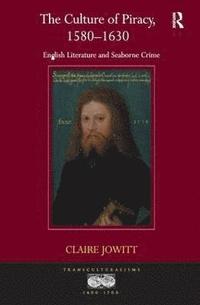 av Claire Jowitt
Inbunden Engelska, 2010-08-28
1919
Köp
Spara som favorit
Skickas inom 5-8 vardagar.
Fri frakt inom Sverige för privatpersoner.
Finns även som
Visa alla 3 format & utgåvor
Listening to what she terms 'unruly pirate voices' in early modern English literature, in this study Claire Jowitt offers an original and compelling analysis of the cultural meanings of 'piracy'. By examining the often marginal figure of the pirate (and also the sometimes hard-to-distinguish privateer) Jowitt shows how flexibly these figures served to comment on English nationalism, international relations, and contemporary politics. She considers the ways in which piracy can, sometimes in surprising and resourceful ways, overlap and connect with, rather than simply challenge, some of the foundations underpinning Renaissance orthodoxies-absolutism, patriarchy, hierarchy of birth, and the superiority of Europeans and the Christian religion over other peoples and belief systems. Jowitt's discussion ranges over a variety of generic forms including public drama, broadsheets and ballads, prose romance, travel writing, and poetry from the fifty-year period stretching across the reigns of three English monarchs: Elizabeth Tudor, and James and Charles Stuart. Among the early modern writers whose works are analyzed are Heywood, Hakluyt, Shakespeare, Sidney, and Wroth; and among the multifaceted historical figures discussed are Francis Drake, John Ward, Henry Mainwaring, Purser and Clinton. What she calls the 'semantics of piracy' introduces a rich symbolic vein in which these figures, operating across different cultural registers and appealing to audiences in multiple ways, represent and reflect many changing discourses, political and artistic, in early modern England. The first book-length study to look at the cultural impact of Renaissance piracy, The Culture of Piracy, 1580-1630 underlines how the figure of the Renaissance pirate was not only sensational, but also culturally significant. Despite its transgressive nature, piracy also comes to be seen as one of the key mechanisms which served to connect peoples and regions during this period.
Visa hela texten

Prize: Received an honourable mention and shortlisted for the European Society for the Study of English Book Award 2012 in the Literatures in the English Language category. 'Claire Jowitt offers a highly original study of the social and cultural significance of pirates in early modern England. This is a groundbreaking study that clearly shows how piracy is culturally produced and disseminated.' Journal of Maritime Research 'Pirates are endlessly fascinating - not only as theme park attractions or on the widescreen - because their history is so central to our understanding of the early modern age. Perhaps no one brings more expertise to the subject than Claire Jowitt, whose The Culture of Piracy, 1580-1630 blends history and literature; this study not only provides new insights into the past, but also is filled with thrilling tales.' Peter C. Mancall, author of Fatal Journey: The Final Expedition of Henry Hudson: A Tale of Mutiny and Murder in the Arctic 'For those of us raised on the eye-patches, peg-legs and silly accents of Hollywood films, Claire Jowitt's study offers a forceful reminder that piracy was serious business in Renaissance England. The pirates who prowled the pages of plays and pamphlets have much to teach us about both the construction of geopolitical boundaries and the movement of people, goods and stories across them.' William H. Sherman, University of York, UK 'We think we know pirates. The mass appeal of Captain Jack Sparrow flows out of a vast reservoir of terrifying but enticing villains, leading up to Long John Silver, Captain Hook, and Captain Blood. We sometimes need to be reminded, however, that pirates also have a serious history. The meanings of these elusive icons have seldom been as rigorously pursued as in Claire Jowitt's study. In a thorough examination of historical and literary pirates over a half-century of early modern English culture, Jowitt uncovers the political and cultural importance of these violent mariners... Jowitt is always careful to provide historical and critical context for each work. Her claim that pirates in Renaissance drama mediate between imperial and individual concerns, and between mercantile and military heroism, seems thoroughly convincing. The evidence presented in this book should allow these 'Kings of the Sea' to assume their rightful places in current discourses of ocean-centred literary and cultural scholarship.' Review of English Studies '... Jowitt again demonstrates her extensive knowledge of renaissance literature and history following her highly-regarded collection of Pirates?: The Politics of Plunder [...] Jowitt addresses questions of culture by combining her skilful literary analysis with a detailed knowledge of English history, politics, and the inner workings of the monarch and court. A true interdisciplinary work, [this book] would make an appropriate assignment in a graduate level history or literature class.' The Nautilus 'Claire Jowitt's monograph provides a valuable service in offering the first book-length study of literary representations of early piracy... Jowitt's study is a meticulously documented and well-historicized account of the textual representation of piracy in the Elizabethan and Jacobean periods and will be of value for those studying histories of English commercial, colonial, and imperial expansion... Jowitt's study does helpfully pave the way for future, more capacious analyses of the subject and will be of use for readers due to its comprehensiveness, attention to detail, and productive examination of piracy's relation to literary forms and genres.' Journal of British Studies 'The careful contextualizing of the texts under discussion throughout The Culture of Piracy is one of the monograph's strengths, and will make this book useful to those interested in early modern politics, history, and literature alike.' Years Work in English Studies 'Jowitt's study is a resolutely historicist investigation of the reality and representation of

Claire Jowitt is now Professor of Renaissance English Literature at the University of Southampton. Her previous books include Voyage Drama and Gender Politics 1589-1642, Pirates? The Politics of Plunder 1550-1650 (ed.), and The Arts of Seventeenth-Century Science (co-ed.).

Contents: Introduction; Subversive pirates? Representations of Purser and Clinton 1538-1639; The uses and abuses of 'piracy': discourses of mercantilism and empire in accounts of Drake's 'famous voyage' 1580-1630; 'Et in arcadia ego': piracy and politics in prose romance 1580-1603; Pirates and politics: drama of the 'long 1590s'; Jacobean connections: piracy and politics in 17th-century drama and romance; Politics and pirate typology in John Fletcher and Philip Massinger's late Jacobean pirate drama; Bibliography; Index.