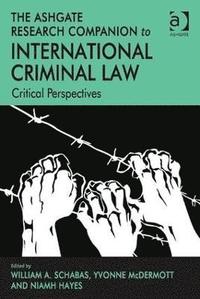 'An excellent collection of topical essays on many of the big issues arising in international criminal law. All have been written with great insight and provide a helpful and critical view of where we find ourselves sixteen years after Tadic.' Steven Kay QC

William Schabas is Professor of International Law at Middlesex University, UK, Yvonne McDermott is Lecturer in Law at Bangor University, UK and Niamh Hayes is Head of Office at the Institute for International Criminal Investigations, The Hague, the Netherlands.