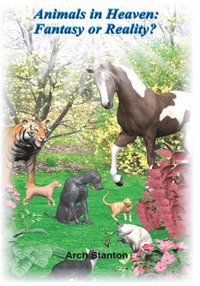 av Arch Stanton
E-bok (EPUB - DRM), Engelska, 2006-06-02
109
Ladda ned
Spara som favorit
Laddas ned direkt
Läs i vår app för iPhone, iPad och Android
Animals have been with us since the state of existence or being. The bible tells us God created the animal kingdom for his pleasure. When God created the heaven and earth and all life that exist, he obviously saw a need for animals or they would not be here. Why God created them in the shapes and forms as they were we do not know; the choice was his and as I mentioned &quoteHe chose to do so in a way that pleases him.&quoteAnimals have a mind that gives them the ability to think and have feelings. Animals have a certain intelligence we do not possess such as an internal guidance system. Both dogs and cats have this ability and I would imagine there are other animals as well. God created everything with a purpose and a need; the animals kingdom is one such example. Many people believe God's purpose for animals is to serve humankind, and upon death they are to perish with no possible chance for eternal life. However, does the bible teach this? In the first chapter of the book of Genesis the bible tells us God considered the animals a creation that was very good; he was pleased with them. Many people consider the life of an animal as having a very small worth. To them an animal just lives and dies. Many people have the attitude of so what. The bible tells us God doesn't care for an attitude such as this because he values the life of his animals very much. Throughout the entire bible the information found pertaining to the animal kingdom is very precise. The bible tells us the animals are to be forever. God had this intention when he created them and this application of thought remains today and forever. The bible never mentions mankind alone is to receive eternal life. How different would our lives be without animals? There would be no pets for those who are lonely and without family. There would be no zoos for family outings. There would be no circus acts with animals. There would be no dog as a best friend. There would be no Seeing Eye dogs. There would be no animals to alert their owners of an ever-present danger during the night such as fires, burglars etc. I believe we simply overlook the fact there is a purpose for all of God's creatures. The purpose for this book is to reveal the truth in what the bible tells about the animal kingdom. We need to know God's purpose for them. The bible explains in detail God's plan for his animals even after death. God wants us to know about them or he would never have emphasized their importance in his word. Many people are reluctant to discuss the animal kingdom from a biblical point of view. I find this strange to say the least. God has included them in his written word but many ministers will say very little if anything about them. The scriptures in this book are from the King James Bible. What the bible tells us is 100% accurate and lest we never forget, God simply made no mistakes in his word. The bible is never contradictory. We will read scriptures that clearly explain that animals will be in heaven and why God wants them to be there with us. If we had the power to give our pet(s) eternal life would we want the life of our animals to be temporal? If God loves his animals more than we could ever love them shouldn't this type of love indicate his love for them is tremendous? Since we know God can give animal's eternal life could be there any single reason to give them life that would be only temporary. First we should know the bible is not dull, dismal or neutral. The bible is not an area between two extremes having mingled characteristics of both of them: a situation in which there are no clear-cut distinctions. The interpretations of scriptures have been defined several ways over the years and this has cause confusion in many churches. We will read scriptures about the animal kin...
Visa hela texten