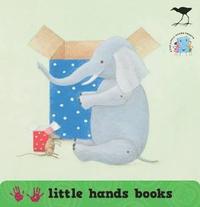 av Niki Daly, Jude Daly
Kartonnage Engelska, 2014-07-01
129
Köp
Spara som favorit
Skickas inom 3-6 vardagar.
Fri frakt inom Sverige för privatpersoner.
These new board book sets are written and illustrated by Niki Daly and Jude Daly, both of whom are locally and internationally successful. The concepts are simple and accessible to all toddlers, as anything new they discover in a book needs to be interpreted in their own way. We imagine that the audience may need a gentle and quite overt nudge into the world of images and words and include humour, whimsy and reader participation so that adults also interact with the children and the books.
Visa hela texten

Niki Daly's high regard for children is always beautifully expressed through the books he creates for them. Over the past 35 years he has won numerous awards at home and abroad for his lyrical writing and lively illustrations. His 1986 book, Not So Fast Songololo, winner of The Katrine Harries Award and a US Parents' Choice Award, paved the way for post-apartheid South African children's books. Among his many books, Once Upon a Time was an Honor Winner in the US Children's Africana Book Awards of 2004. Jamela's Dress was chosen by the ALA as a Notable Children's Book, by Booklist as one of the Top 10 African American Picture Books of 2000, and also won the Children's Literature Choice Award, the Parents' Choice Silver Award and the Peter Pan Silver Award in Sweden. In 2009, Niki was awarded the Molteno Gold Medal for his major contribution towards South African children's literature, which includes the bestselling Herd Boy. Jude Daly lives just outside Cape Town with her husband, author illustrator Niki Daly. They are currently working on a book together called Thank You, Jackson, to be published by Frances Lincoln.