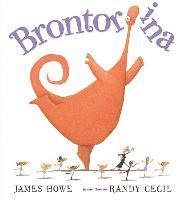 'Hanging in with Kids' in Tough Times

Engagement in Contexts of Educational Disadvantage in the Relational School

av John Smyth, Barry Down, Peter Mcinerney
Häftad Engelska, 2010-01-29
429
Köp
Spara som favorit
Skickas inom 3-6 vardagar.
Fri frakt inom Sverige för privatpersoner.
This book brings a unique, innovative and refreshing perspective to one of the most protracted issues affecting young lives - disengagement from schooling. Rather than continuing to blame young people, as most educational policies do, this book examines disengagement from the vantage point of the lives, experiences, interests and aspirations of the communities from which young people come, and within which they are embedded. It uses a narrative and representational approach that gives detailed insights into the wider context of poverty, class, power, relationships and identity. A major and defining hallmark of the book is the emphasis it places upon a number of 'doings', - including community voice, identity formation, critical work education and education policy - all of which provide a very different set of scripts with which to reinvent the institution of high school.
Visa hela texten

"In 'Hanging in with Kids in Tough Times', John Smyth, Barry Down and Peter McInerney provide a confronting policy ethnography of schools in marginalized communities that have been affected by the fallout from neo-liberal globalization. In their politically engaged account, they represent the often-excluded voices of young people attending such schools. They also provide an informed account of how schools might work to reengage these students and their communities. This book deserves to be a must read for all concerned educators." (Bob Lingard, Professor of Education, The University of Queensland) "In 'Hanging in with Kids in Tough Times', John Smyth, Barry Down and Peter McInerney lucidly advocate relational schooling, humanizing pedagogy, an ethos of community and policy activism as radical responses to disengagement from school. There's no gratuitous jargon and no moral panic. Rather, the authors foreground the voices of disadvantaged young people and their teachers with the attentive grace they deserve. A refreshing change from both overly bleak critical research and overly simplistic neo-liberal views, this book provides hope for a democratic and just paradigm of critically engaged schooling." (Kitty te Riele, Senior Lecturer in Education, University of Technology Sydney) "This book and the student voices it represents is a direct and startling challenge to the neo-liberal agenda for school reform. In arguments for and critiques of recent educational change the views and concerns of the 'end-users' have been almost entirely absent. Here we find young people who know what they want and what they don't want from education and their views need and deserve to be heard. This is an original and heart-felt contribution to the analysis of contemporary education policy." (Stephen Ball, Karl Mannheim Professor of Sociology of Education, Institute of Education, University of London) "Far too frequently education policy attempts to provide 'solutions' to complex social, economic and cultural issues. One of the immediate consequences of top-down and uni-dimensional policy is that real problems are not identified, articulated or addressed. Worryingly too, teachers, students and community are positioned as policy problems and their voices and agency are overlooked. And it is precisely these voices that the authors seek out and engage with in order to produce a socially critical and deeply refreshing view of schools and schooling. This is not a book about policy solutions; it is about speaking back to the current orthodoxies of education policy and arguing for space for 'doing policy differently'." (Tanya Fitzgerald, Professor of Education, LaTrobe University) "In these tough times, Smyth, Down and McInerney show both the necessity and possibility for redesigning schools in which students are encouraged to examine the important questions of our time. Through the methodology of critical policy ethnography, they reveal the lives of teachers and students in schools and argue for something we should know but too frequently forget, that successful schools are, in the end, about relationships: between students, between students and teachers and between young people and the wider world they live in. A must read." (David Hursh, Associate Professor, Warner Graduate School of Education & Human Development, University of Rochester) "This is an important and timely book. In confronting the contradictions and pretences of neo-liberal approaches to education it names what is important, ignored and largely misunderstood - poverty, social class and identity. It offers realistic, successful responses that are applicable across the board to all schools and social contexts - the centrality of relationships, respect