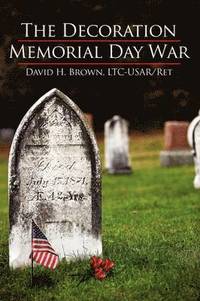 av Ltc-Usar Ret David H Brown
Häftad Engelska, 2008-11-24
149
Köp
Spara som favorit
Skickas inom 10-15 vardagar.
Fri frakt inom Sverige över 159 kr för privatpersoner.
Most people believe the Mason-Dixon Line that separates Pennsylvania and Maryland was established to mark the North from the South during the Civil War. However, that Line was the result of a land dispute nearly a century before the War. Two British astronomers/surveyors named Charles Mason and Jeremiah Dixon here hired by the Penn family of Pennsylvania and the Calvert family of Maryland to determine the border line between their respective land holdings.

The Line serves as the location of a fictional town that straddles it, and where the novel opens.

The people of Madixson are strongly divided over not only how to celebrate Memorial Day, but also whether to call the holiday by its original name of Decoration Day. They use the Line as the divide, with the town leaders living on the Maryland side and war veterans residing on the Pennsylvania side. The "feud" escalates into immature "pranks" the night before the holiday.

So, it is not surprising that the South Siders blame the North Siders when the mayor of Madixson is killed on the morning of Memorial Day. Repeating his annual routine, he is standing in his front yard saluting the American Flag and beginning to recite the Pledge of Allegiance when the Civil War cannon nearby explodes. The shrapnel fatally imbeds in his body.

The North Siders deny they had anything to do with the incident, but the South Siders do not believe them. Neither side realizes this was a "prank" of a totally different kind that nothing to do with the "warring" factions. When the real culprits finally are discovered and brought to trial, the importance of the explosives used in the canon finally comes to light.

Adding to this mystery is the discovery that an important character is not what he is purported to be. And, the final chapter is unexpected, to say the least.
Visa hela texten