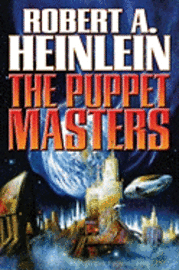 Robert A. Heinlein was the greatest science fiction writer who ever lived. His novels have been translated into every literate language on the globe--over 25 million Heinlein books are in print in this country alone. For five decades, young readers of science fiction discovered Heinlein, then gone on to voraciously devour every Heinlein book they can get their hands on. His now-legendary Stranger in a Strange Land was the first hardcover bestseller by a science fiction writer. From 1975 on, every new Heinlein novel made the New York Times best-seller list and shipped a million copies, including The Number of the Beast, Friday, Job: A Comedy of Justice, The Cat Who Walks Through Walls, and To Sail Beyond the Sunset. In a career spanning half a century, he wrote over forty books, and four of his novels won Hugo Awards, an unequalled record for almost four decades. For the last three generations of readers, Heinlein is science fiction.