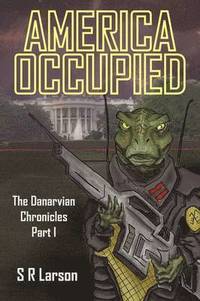 The Danarvian Chronicles, Part I

av S R Larson
Häftad Engelska, 2009-04-30
209
Köp
Spara som favorit
Skickas inom 10-15 vardagar.
Fri frakt inom Sverige för privatpersoner.
It is late May 2013. The invasion of the United States of America is imminent. Invited by a power-hungry vice president, a superior alien race from Zoh'moor is coming to take over. A small, ultra-secret intelligence agency, Branch Four, has learned about the pending invasion. But they are too few to stop it. Soon, America's only hope will lie in the hands of the Danarvians, a freedom-loving people ten thousand light-years away. They have the military power to crush the invaders from Zoh'moor. But to help Earth, they would have to invade Earth, and their laws do not allow them to invade foreign worlds.
Visa hela texten