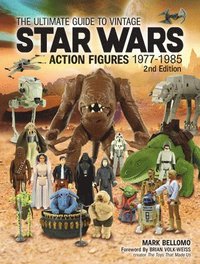 Mark Bellomo is one of the top toy experts in the country, having written hundreds of magazine articles and numerous books. He is considered a leading authority on action figures, particularly Star Wars, G.I. Joe, and Transformers. He is the author of The Ultimate Guide to G.I. Joe, 1982-1994; The Ultimate Transformers Guide, Totally Tubular `80s Toys; and served as editor of Toys & Prices. Bellomo is also an actor and Consulting Producer for the very well received Netflix series, The Toys That Made Us, produced by Brian Volk-Weiss.