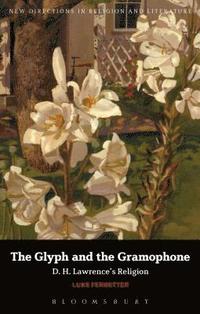 The Glyph and the Gramophone

av Dr Luke Ferretter
Häftad Engelska, 2013-09-12
279
Köp
Spara som favorit
Finns även som
Visa alla 3 format & utgåvor
D. H. Lawrence wrote in 1914, 'Primarily I am a passionately religious man, and my novels must be written from the depths of my religious experience.' Although he had broken with the Congregationalist faith of his childhood by his early twenties, Lawrence remained throughout his writing life a passionately religious man. There have been studies in the last twenty years of certain aspects of Lawrence's religious writing, but we lack a survey of the history of his developing religious thought and of his expressions of that thought in his literary works. This book provides that survey, from 1915 to the end of Lawrence's life. Covering the war years, Lawrence's American works, his time in Australia and Mexico, and the works of the last years of his life, this book provides readers with a complete analysis, during this period, of Lawrence as a religious man, thinker and artist.
Visa hela texten

In this carefully researched and lucidly written study Luke Ferreter traces the diverse expressions of D. H. Lawrence's religious vision... The book's combination of original research with illuminating analyses of the fiction, discursive prose and poetry will make it indispensable reading for both students new to the author and scholars looking for a fresh, bold and comprehensive approach to this important but relatively unexplored area of Lawrence studies. * Dr Andrew Harrison, University of Nottingham, UK * Early in his career D. H. Lawrence declared that he was "primarily a passionate religious man." The Glyph and the Gramophone demonstrates the centrality of Lawrence's non-doctrinal religious beliefs to an understanding of his thought and literary works. In the bargain the book reconfirms Lawrence's status as one of the greatest English writers of the first half of the 20th century. * Keith Cushman, Past President, D. H. Lawrence Society of North America * A remarkably well-documented study of Lawrence's religious thought based on a careful exploration of its sources and a discussion of former interpretations. The way the author traces the evolution of Lawrence's spiritual quest throws new light on the writer's controversial 'leadership novels' and is particularly helpful for our appreciation of his last works and poems. * Ginette Katz-Roy, Paris-Ouest University, France * It is a compliment to this book to say that I wanted it to be much longer. It, and the series of which it is part, are signs of the very welcome "religious turn" in criticism, which allows Lawrence to be recognised for what he undoubtedly is: homo religiosus. The book's findings are of interest not only for the sake of a more accurate understanding of Lawrence, but for visions which may inspire certain readers - with the critic serving as mediatory priest to Lawrence's religion ... [A] serious and valuable book. -- Catherine Brown * Journal of D. H. Lawrence Studies * Ferretter (British and American literature, Baylor Univ.) argues that Lawrence replaced organized religion with the idea, taken from Herbert Spencer, of an unknown God. Ferretter explains the problem using terms from Lawrence: what he desires is the glyph (the excess of signification); what he has is the gramophone (the empty signification of modernity). He lingers over Kangaroo and The Plumed Serpent, evenhandedly considering the merits and flaws of these underappreciated, problematic novels. For upper-division undergraduates through faculty. -- D. Stuber, Hendrix College * CHOICE *

Luke Ferretter is Associate Professor of Twentieth-Century British and American Literature at Baylor University, USA. He is author of Sylvia Plath's Fiction: A Critical Study (2010), Louis Althusser (2006), Towards a Christian Literary Theory (2003), and has published widely on 20th-century literature, theory and religion.

Introduction: Lawrence and the Study of Religion 1. The Struggle with Congregationalism: The Early Years 2. Re-Writing the Bible: The Rainbow 3. The Metaphysics of Blood: Women in Love and the War Years 4. The Cultured Animist: Native American Religion 5. The Dark God: Kangaroo and The Plumed Serpent 6. Throwing Back the Apple: The Return to Eden Bibliography Index