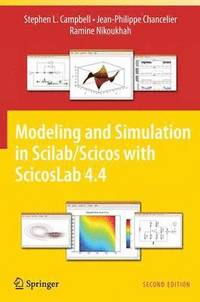 Stephen L. Campbell is a professor of mathematics and a director of graduate programs at North Carolina State University, having published extensively on numerical methods and control. Jean-Philippe Chancelier is affiliated with CERMICS Ecole Nationale des Ponts et Chaussees and is one of the original developers of Scilab. Ramine Nikoukhah is a director of research at INRIA (The French National Institute for Research in Computer Science and Control), senior member of IEEE, one of the original developers of Scilab, and is the creator of Scicos.