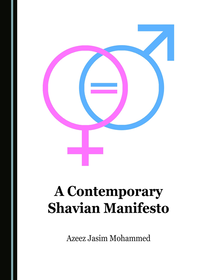 av Azeez Jasim Mohammed, None
E-bok (PDF - DRM), Engelska, 2016-05-11
839
Ladda ned
Spara som favorit
Laddas ned direkt
Läs i vår app för iPhone, iPad och Android
A Contemporary Shavian Manifesto presents an appraisal of George Bernard Shaw's position on women in his plays. The dramatist's unconventional approach itself is praiseworthy as he creates unwomanly women who are deviant and create their own space outside social conventions and practices. In creating a counterpoint to the norm, Shaw succeeds in creating the image of a &quotenew woman&quote who is no longer &quotethe angel of the house&quote. The book explores the ways in which Shaw addresses gender inequality in society through an examination of women's role in the social, religious, moral and economic spheres. In addition to studying Shaw's exploration of the radical woman, this book traces his attempts to project a &quotenew woman&quote who is the pursuer rather than being pursued. The playwright questions the relegation of woman to the domestic space, the arbitrary distribution of duties between men and women and patriarchally-determined codes of conduct imposed upon woman. His foregrounding of women as the force behind what he calls &quoteCreative Evolution&quote achieves a kind of feminisation of the &quotelife force&quote, the central theme in his plays.
Visa hela texten