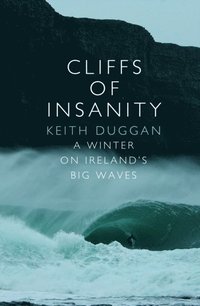 av Keith Duggan
E-bok (EPUB - DRM), Engelska, 2012-09-27
128
Den här boken kan endast laddas ned av privatpersoner.
Ladda ned
Spara som favorit
Laddas ned direkt
Läs i vår app för iPhone, iPad och Android
Surfing in Ireland was once considered little more than a fringe and slightly lunatic pursuit. The treacherous coastline and ice waters of the Atlantic did not sit comfortably with the stereotype of surfing as the favoured pastime of the bronzed and privileged. But with the discovery in the past few years of the gargantuan Aileen s wave at the Cliffs of Moher and other heavy waves, the Irish coast has become one of the worst kept secrets in world surfing.In Cliffs of Insanity, the Irish Times sportswriter Keith Duggan tells the story of a dedicated group of surfers in County Clare whose lives revolve around the pursuit of Ireland s wildest waves. The book traces the evolution of Fergal Smith, the young Mayo man whose intuition for big waves has earned him a serious reputation and explores the world of Mickey Smith, the roving Cornish man who discovered Aileen s and whose breathtaking surf photography has caught the Irish landscape in an entirely new and original light.Bitter cold days, broken bones, busted boards, scars, near drownings and countless hours in the freezing water trying to read the ocean is the price they pay for those few transcendent seconds when they master a wave. Cliffs of Insanity is about the importance of pursuing what matters in life but it is also about community and friendship, and the passionate pursuit of a way of life that flies in the face of everything championed in Ireland over the last decade.
Visa hela texten