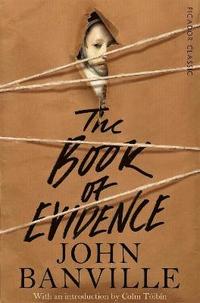 The Book of Evidence

av John Banville
Häftad Engelska, 2014-10-09
140
Köp
Spara som favorit
Finns även som
Visa alla 1 format & utgåvor
With an introduction by Colm Toibin Shortlisted for the 1989 Booker Prize, The Book of Evidence by John Banville is a dark and unsettling crime classic. This special 25th anniversary edition features extra material. Frederick Charles St John Vanderveld Montgomery. Do you swear to tell the truth, the whole truth, and nothing but the truth? Don't make me laugh. Freddie Montgomery has committed two crimes. He stole a Dutch old-master painting from a wealthy family friend and murdered the chambermaid who caught him in the act. Narcissistic, greedy and reckless, Freddie travels through life apparently without remorse. However, as he narrates his testimony, he realises that the only person to be held responsible for his life, and his crimes, is himself. He just can't quite admit it yet . . . Shortlisted for the 1989 Booker Prize, John Banville's The Book of Evidence is a wonderfully dark, insightful and unnerving crime novel that takes us deep into the unreliable mind of an improbable murderer.
Visa hela texten

Remarkable. . . If all crime novels were like this one, there would no longer be the need for a genre -- Ruth Rendell The Book of Evidence is a major work of fiction in which every suave moment calmly detonates to show the murderous gleam within. Banville writes a dangerous and clear-running prose and has a grim gift of seeing people's souls -- Don DeLillo Banville has excelled himself in a flawlessly flowing prose whose lyricism, patrician irony and aching sense of loss are reminiscent of Lolita * Observer * One of the most important writers now at work in English - a key thinker, in fact, in fiction * London Review of Books *

John Banville was born in Wexford, Ireland, in 1945. He is the author of many highly acclaimed novels. His first book, Long Lankin, was published in 1970. His other works include Doctor Copernicus (which won the James Tait Black Memorial Prize in 1976), Kepler (which was awarded the Guardian Fiction Prize in 1981), The Newton Letter, Mefisto, Ghosts, Athena, The Untouchable, Eclipse, Shroud and The Sea, which won the 2005 Man Booker Prize. He has been awarded the Franz Kafka Prize and a literary award from the Lannan Foundation. He lives in Dublin.