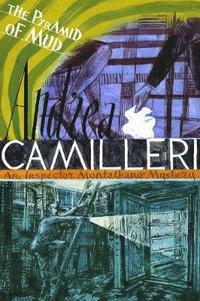 The Pyramid of Mud

av Andrea Camilleri
Häftad Engelska, 2018-01-11
49 128 Du sparar 79 kr!
Köp
Spara som favorit
Fåtal ex i lager. Skickas inom 1-2 vardagar.
Fri frakt inom Sverige över 159 kr för privatpersoner.
Finns även som
Visa alla 6 format & utgåvor
The Pyramid of Mud is the twenty-second Montalbano mystery from Italy's finest crime writer, Andrea Camilleri. It's been raining for days in Vigata, and the persistent downpours have led to violent floods overtaking the Inspector's beloved hometown, sweeping across the land and leaving only a sea of mud behind. It is on one of these endless grey days that a man - a Mr Giuglu Nicotra - is found dead. His body discovered in a large sewage tunnel, half naked and with a bullet in his back. The investigation is slow and slippery to start with, but when Montalbano realizes that every clue he uncovers and every person he interviews is leading to the same place: the world of public spending - and with it, the Mafia - the case begins to pick up pace. But there's one question that keeps playing on Montalbano's mind: in his strange and untimely death, was Giuglu Nicotra trying to tell him something?
Visa hela texten

Bloggat om The Pyramid of Mud

Andrea Camilleri is one of Italy's most famous contemporary writers. His books have sold over 65 million copies worldwide. He lives in Rome. The Inspector Montalbano series, which began with The Shape of Water, has been translated into thirty-two languages and was adapted for Italian television, screened on BBC4. The Potter's Field, the thirteenth book in the series, was awarded the Crime Writers' Association's International Dagger for the best crime novel translated into English. In addition to his phenomenally successful Inspector Montalbano series, he is also the author of the historical comic mysteries Hunting Season and The Brewer of Preston. The Pyramid of Mud is his twenty-second novel in the Inspector Montalbano series.