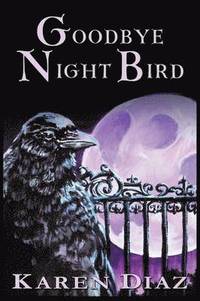 av Karen Diaz
Häftad Engelska, 2009-10-29
209
Köp
Spara som favorit
Skickas inom 10-15 vardagar.
Fri frakt inom Sverige för privatpersoner.
Dereck Cliffe was a rock star and a vampire. He should have been immortal, but he wasn't. The three women in his life are now struggling to deal with his early demise. Solange his vampire lover fights the edge of madness without him. Out of control she relocates to the other side of the country, to start her life over. Her killing spree has brought the police, a vampire hunter and the FBI to stop her. Her only hope is the other two women from Dereck's life. Shana Collins, a vampire novelist and Sijn Black, a guitar player join together to save her. Their love for the rock singer will take them on a rescue mission from hell. Shana, Sijn and handful of friends risk arrest, death and Solange's own anger to keep a promise to their beloved Nightbird.
Visa hela texten