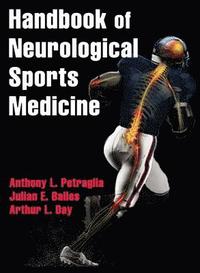 Concussion and Other Nervous System Injuries in the Athlete

Anthony L. Petraglia, MD, graduated from the University of Chicago in 2002 with a BA in neuroscience and earned his medical degree from the University of Rochester School of Medicine and Dentistry in 2007. He completed his residency in neurological surgery at the University of Rochester Medical Center in 2014. Petraglia was the first neurosurgery resident to complete a neurological sports medicine fellowship, and is currently an attending neurosurgeon at Unity Health System in Rochester, New York, where he is also the director of the concussion program. Petraglia has presented nationally and internationally on neurological sports medicine, has published numerous manuscripts and book chapters on various aspects of neurological surgery, and performs editorial duties for several medical journals. His membership in professional organizations includes the Congress of Neurological Surgeons (CNS) and the American Association of Neurological Surgeons (AANS), and he has served as an assistant to the Sports Medicine Section of the AANS/CNS. He has worked as a physician with several collegiate and high school football teams, as a neurosurgical consultant for the Webster Youth Sports Council, and as a medical director for cyclocross racing. Julian E. Bailes, Jr., MD, earned a BS from from Louisiana State University in 1978, and his MD from Louisiana State University School of Medicine in New Orleans in 1982. He completed a general surgery internship at Northwestern Memorial Hospital in 1983 and a neurological surgery residency at Northwestern University in Chicago in 1987, as well as a fellowship in cerebrovascular surgery at the Barrow Neurological Institute in Phoenix. Bailes was director of cerebrovascular surgery at Allegheny General Hospital in Pittsburgh from 1988 until 1997 and later at Celebration Health Hospital in Orlando, where he also was the director of emergency medical services at both the city and county levels. In 2000, Bailes assumed the position of professor and chair in the department of neurosurgery at West Virginia University School of Medicine in Morgantown. He most recently assumed the position of chair of the department of neurosurgery at NorthShore University Health System in Chicago and is co-director of the Neurological Institute. Bailes is a past chair of the Sports Medicine Section for the American Association of Neurological Surgeons. He has more than 100 publications concerning various aspects of neurological surgery, including three books on neurological sports medicine, and performs editorial duties for numerous medical journals. He is an internationally recognized expert on neurological athletic injuries and has been a team physician at either the National Football League (NFL) or collegiate level for more than 20 years. Since 1992, he has been the neurological consultant to the NFL Players' Association (NFLPA), which has sponsored his research on the effects of head injuries on professional athletes. He is the director of the NFLPA's Second Opinion Network. He is the medical director of the Center for Study of Retired Athletes, which is affiliated with the NFLPA and the University of North Carolina, and is the medical director of Pop Warner Football, the nation's largest youth football association. Arthur L. Day, MD, graduated from Louisiana State University Medical School in 1972. He completed his surgical internship iin Birmingham, Alabama, and subsequently completed his residency in neurological surgery and fellowship in brain tumor immunology at the University of Florida College of Medicine in Gainesville,