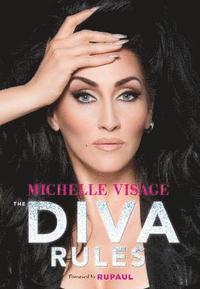 Ditch the Drama, Find Your Strength, and Sparkle Your Way to the Top

av Michelle Visage
Inbunden Engelska, 2015-11-04
269
Köp
Spara som favorit
Skickas inom 7-10 vardagar.
Fri frakt inom Sverige för privatpersoner.
Finns även som
Visa alla 1 format & utgåvor
Michelle Visage is not your average diva. Powerful, positive, and polished, this diva's not only glamorous, she's a savvy businesswoman with serious credentials who works her tail off. From her days vogueing in the downtown Manhattan clubs in the '90s to her successful career in radio and her ultimate cult status as a judge on RuPaul's Drag Race, Michelle has achieved her dreams and then some! In The Diva Rules, Visage shares her rules and advice for living life to the fullest and finding success no matter the hand you're dealt. With her no-nonsense style and super sassy voice, Michelle tells readers to "Keep Your Shit Together," "Give Good Face," and "Be Thankful You're a Misfit," in addition to 22 other invaluable life lessons on finding your power and sparkling your way to the top.
Visa hela texten

"A study in self-empowerment from the endlessly GIF-able RuPaul's Drag Race judge." -Cosmopolitan