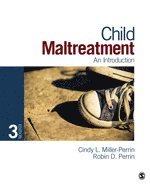 Robin D. Perrin is currently Professor of Sociology at Pepperdine University in Malibu, California. His research interests and publications are in the areas of interpersonal violence, deviance theory, the social construction of social problems, and the sociology of religion. He is the coauthor of three books: Social Deviance: Being, Behaving, and Branding (with D. Ward & T. Carter, 1991), Child Maltreatment: An Introduction (with C. Miller-Perrin, Sage, 1999; 2007), and Family Violence Across the Lifespan (with O. Barnett & C. Miller-Perrin, Sage, 1997, 2005; 2011). He is the author or coauthor of numerous articles on a variety of topics related to religion, deviance, and interpersonal violence. He is the recipient of the 2004 Howard A. White Award for Teaching Excellence. He received his doctorate in sociology from Washington State University in 1989. Following his doctoral studies he was Assistant Professor of Sociology at Seattle Pacific University in Seattle, Washington.