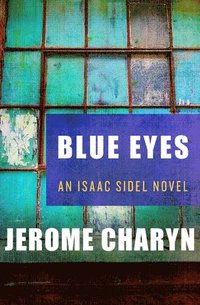 av Jerome Charyn
Häftad Engelska, 2012-11-15
189
Köp
Spara som favorit
Skickas inom 5-8 vardagar.
Fri frakt inom Sverige för privatpersoner.
Beställ boken senast fredag 11 december kl. 11:30 för leverans innan julafton
Finns även som
Visa alla 2 format & utgåvor
A cop and his disgraced mentor attempt to bust a white slavery ringBefore Isaac Sidel adopts him, Manfred Coen is a mutt. A kid from the Bronx, he joins the police academy after his father's suicide leaves him directionless, and is trudging along like any other cadet when first deputy Sidel, the commissioner's right hand man, comes looking for a young cop with blue eyes to infiltrate a ring of Polish smugglers. He chooses Coen, and asks the cadet to join his department after he finishes the academy. Working under Sidel means fast promotions, plush assignments, and, when a corruption scandal topples his mentor, the resentment of every rank-and-file detective on the force. Now just an ordinary cop, Coen hears word that his old mentor has a line on a human trafficking operation. When Sidel's attempt at infiltration fails, he sends in Coen. For Coen, it's a shot to prove himself and redeem his mentor, but it could cost the blue-eyed cop his life.
Visa hela texten

"Magic-making with an absolutely singular and piercing voice." -Chicago Sun-Times "A complete, dark, moving vision." -James Ellroy "Charyn has trained his prose and makes it perform tricks. It's a New York prose, street smart, sly and full of lurches, like a series of subway stops on the way to hell." -The New York Times "Jerome Charyn is one of the most important writers in American literature." -Michael Chabon "A contemporary American Balzac." -Newsday "Absolutely unique among American writers." -Los Angeles Times "He writes like greased lightning." -Time Out "Jerome Charyn is a realist of the urban nightmare." -Chicago Tribune "For a couple of decades now, Jerome Charyn has been remaking the detective story." -The Washington Post Book World

Jerome Charyn (b. 1937) is the critically acclaimed author of nearly fifty books. Born in the Bronx, he attended Columbia College, where he fell in love with the works of William Faulkner and James Joyce. After graduating, he took a job as a playground director and wrote in his spare time, producing his first novel, a Lower East Side fairytale called Once Upon a Droshky, in 1964. In 1974 Charyn published Blue Eyes, his first Isaac Sidel mystery. Begun as a distraction while trying to finish a different book, this first in a series of Sidel novels introduced the eccentric, near-mythic detective and his bizarre cast of sidekicks. Charyn followed the character through Citizen Sidel (1999), which ends with his antihero making a run at the White House. Charyn, who divides his time between New York and Paris, is also accomplished at table tennis, and once ranked amongst France's top 10 percent of ping-pong players.