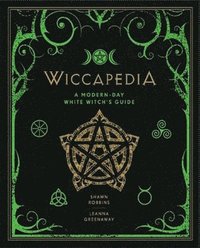 Leanna Greenaway is a popular British clairvoyant who has appeared on TV and radio. Her site, leannagreenaway.co.uk, attracts over a half-million hits a year. For more than two decades, celebrity predictions by Shawn Robbins have appeared on the front pages of the National Enquirer, the Star, and the Globe. She is the author of three books, Shawn Robbins Prophecies for the End of Time (Avon), More Prophecies for the Coming Millennium (Avon), and Ahead of Myself (Prentice-Hall). She is a partner and creative director for New Age mail-order company Mystic Moon, and has appeared regularly on WABC radio.