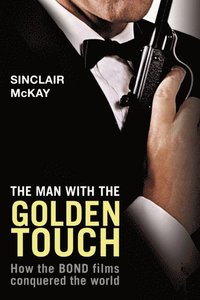 Man with the Golden Touch E-bok

How The Bond Films Conquered the World

av Mckay Sinclair Mckay
E-bok (EPUB - DRM), Engelska, 2010-08-05
199
Ladda ned
Spara som favorit
Laddas ned direkt
Läs i vår app för iPhone, iPad och Android
Yet the role of James Bond, which transformed Sean Connery's career in 1962 when Dr No came out, still retained its star-making power in 2006 when Daniel Craig made his Bond debut in Casino Royale. This is the story of how, with the odd misstep along the way, the owners of the Bond franchise, Eon Productions, have contrived to keep James Bond abreast of the zeitgeist and at the top of the charts for 45 years, through 21 films featuring six Bonds, three M's, two Q's and three Moneypennies. Thanks to the films, Fleming's original creation has been transformed from a black sheep of the post-war English upper classes into a figure with universal appeal, constantly evolving to keep pace with changing social and political circumstances. Having interviewed people concerned with all aspects of the films, Sinclair McKay is ideally placed to describe how the Bond 'brand' has been managed over the years as well as to give us the inside stories of the supporting cast of Bond girls, Bond villains, Bond cars and Bond gadgetry. Sinclair McKay, formerly assistant features editor of the Daily Telegraph, works as a freelance writer and journalist. He is also the author of A Thing of Unspeakable Horror: The History of Hammer Films, which the Guardian called 'A splendid history' and the Independent on Sunday described as 'Brisk, cheerful and enthusiastic.'
Visa hela texten