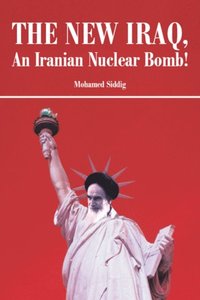 av Mohamed Siddig
E-bok (EPUB - DRM), Engelska, 2012-03-20
55
Ladda ned
Spara som favorit
Laddas ned direkt
Läs i vår app för iPhone, iPad och Android
Finns även som
Visa alla 1 format & utgåvor
In March 2003 the U.S. invaded Iraq under the fallacious precept of finding and destroying weapons of mass destruction. The Iraqi government was toppled and its president Saddam Hussein was captured and put on trial. No weapons of mass destruction were found and the American occupation served to inflame a historic dispute between Sunni and Shiite Muslims. The American invasion of Iraq turned into a victory for Iran without loss of Iranian money or blood. The New Iraq, An Iranian Nuclear Bomb! describes the Iraqi situation as of early 2007 and reveals facts suppressed by the American administration about the influence of Iran on the U.S.-occupied territory. The trial of the former Iraqi president Saddam Hussein is described as a politically expedient farce which culminated in a barbaric execution a joint work of America and Iran. The conduct of the trial, the assassination of two defense lawyers, and the political pressure that impelled the first judge to resign from the court are outlined. The role of America in the history of Saddam Hussein's regime is reviewed and a rationale is provided for the evident submission of the Bush administration to Iran's influence in Iraq.
Visa hela texten