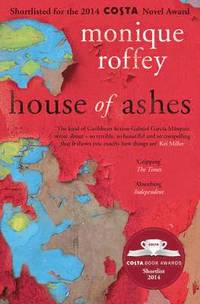 av Monique Roffey
Häftad Engelska, 2014-11-27
104
Köp
Spara som favorit
Skickas inom 5-8 vardagar.
Gratis frakt inom Sverige över 159 kr för privatpersoner.
Finns även som
Visa alla 1 format & utgåvor
Author of The Mermaid of Black Conch, Rathbone Folio Prize 2021 longlisted, Winner of the Costa Best Novel Award 2020 & Winner of the Costa Book of the Year 2020 The City of Silk is restless, its people suffering in the grip of corruption. Then, one hot July evening, The Leader gathers his followers, a brotherhood of half-trained men and boys, and storms the House of Power. Together they intend to take back what they believe is rightfully theirs. Caught up in the mayhem is quiet, scholarly Ashes. He had been inspired by The Leader's charisma, but now that words have turned to action he's not so sure about this insurrection. And trapped with the rebel boy soldiers is government minister Aspasia Garland. The mother of a son the same age as the teenage gunmen, she sees much of her child in these boys with guns. As the siege continues, the city holds its breath. For what happens over the next six days will change the small island's future forever...
Visa hela texten

Monique Roffey is an award winning Trinidadian-born British writer. She has written four novels and a memoir. Three of her novels are set in the Caribbean and form a loose trilogy which engages with political and environmental issues in the region. The most recent of these Caribbean novels is House of Ashes, published in July 2014. Set on the fictional Caribbean island of Sans Amen, it tells the story of three characters, a gunman, a hostage and a boy soldier caught up in a botched coup d'etat. Archipelago, published in 2012, is both an epic sea voyage and an examination of climate change from the point of view of a man from the southern Caribbean. It won the OCM BOCAS Prize for Caribbean Literature in 2013. The judges commended it for its 'exploration of the greater Caribbean space in which is embedded a real-life story of trauma and loss and ultimately redemption that is both contemporary and compelling'. The White Woman on the Green Bicycle, a story that maps the creolisation of a colonial couple during the early Independence years in Trinidad, received widespread critical acclaim and was shortlisted for the Orange Prize 2010 and the Encore prize 2011. Her erotic memoir, With the Kisses of his Mouth was published in 2011 to much praise and controversy and was reviewed in the Guardian as 'a subversive work that transcends the author's personal story: it stands alone in the chasm that has opened between feminist literature and the belles du jour brigade'. Roffey has a PhD in Creative Writing and teaches regularly for The Arvon Foundation and the Writer's Lab in Skyros. She is a member of the action group Carib-Lit and teaches and runs workshops regularly in Trinidad too. She divides her time equally between London and Port of Spain. Find out more at http://www.moniqueroffey.co.uk