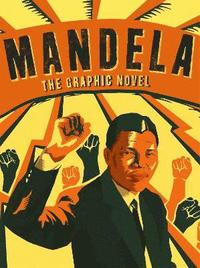 av Nelson Mandela Centre Of Memory, Umlando Wezithombe
Häftad Engelska, 2017-08-03
249
Köp
Spara som favorit
Fåtal ex i lager. Skickas inom 1-2 vardagar.
Fri frakt inom Sverige för privatpersoner.
Freedom fighter, fugitive, celebrated prisoner, president: the hero of a nation. Nelson Mandela was called a terrorist, forced into hiding, captured, threatened with the death penalty and eventually thrown into prison for 27 years, but nothing could stop him from fighting to liberate his country from the infamous sytem of apartheid, which for so many years sought to separate people by race in South Africa. A hero in the struggle, he never gave up. Even when he was a prisoner, he worked secretly with his comrades to undermine South Africa's oppressive government. This is the exciting, true story of a young herd-boy who grew up to become a lawyer, a figher for justice, South Africa's first democratically elected president and the beloved grandfather of a nation.
Visa hela texten

You know you are really famous the day that you discover that you have become a comic character! Which country has a moral colossus to match Nelson Mandela? We are the envy of every single nation on earth.

Nelson Mandela Centre of Memory (Author) THE NELSON MANDELA CENTRE FOR MEMORY delivers the core work of the Nelson Mandela Foundation. The Foundation is a not-for-profit organisation established in 1999 to support its Founder's ongoing engagement in worthy causes on his retirement as President of South Africa. The Centre focuses on three areas of work: the Life and Time of Nelson Mandela, Dialogue for Social Justice and Nelson Mandela International Day. The Centre works closely with its sister organisations, the Nelson Mandela Children's Fund and The Mandela Rhodes Foundation. It co-ordinates its activities with those of other institutions that have a stake in its Founder's legacy, including the 46664 Campaign, the Nelson Mandela Institute for Education and Rural Development, the Nelson Mandela Museum and the Robben Island Museum. Umlando Wezithombe (Author) UMLANDO WEZITHOMBE (meaning History of Pictures) is a comic production company focusing on using the visual medium for education, training and entertainment. Its mission is to continue creating quality work that is viewed as unique and to create a number of styles to call its own. Central to Umlando's thinking is that, 'We think visually, why don't we then communicate visually?'