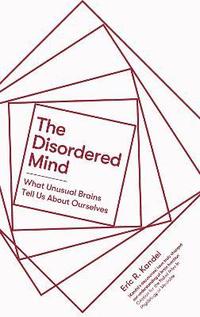 What Unusual Brains Tell Us About Ourselves

av Eric R Kandel
Häftad Engelska, 2021-03-04
119
Köp
Spara som favorit
Finns även som
Visa alla 2 format & utgåvor
Neurological and psychiatric disorders have long been regarded as fundamentally different, depending on whether they appear to affect the brain or the mind. In reality, the brain and the mind are inseparable. Both types of disorder can affect every aspect of brain function: from perception, action, memory and emotion to empathy, social interaction, attention and consciousness. It is easy to view brain disorders as simply tragic or frightening. However, studying where these functions go wrong provides a window on the workings of the healthy brain, and makes it more likely that scientists and clinicians will be able to develop effective treatments or preventative strategies. As individuals, and as a society, we are also able to better empathise with people with disorders of the mind. Building on his pioneering research, Eric R. Kandel illustrates how breakthrough studies of brain disruptions can deepen our understanding of thought, feeling, behaviour, memory and creativity, and perhaps in the future will transform medical care and lead to the development of a unified theory of mind.
Visa hela texten

[Kandel's discoveries] have truly changed our understanding of brain function -- Citation for the Nobel Prize in Physiology or Medicine [Eric Kandel is] one of the preeminent neuroscientists in the world -- Sue Halpern, <i>New York Review of Books</i> Bold propositions such as Kandel's in The Disordered Mind blur the distinction between therapies involving medication or surgery and those that use behavioural and cognitive means. Still, one should appreciate Kandel's humanistic aims: knowing more about disorders makes us less likely to stigmatize those who think or act differently -- Douwe Draaisma * Nature *

Eric R. Kandel, M.D., is University Professor at Columbia; Kavli Professor and Director, Kavli Institute for Brain Science; Co-Director, Mortimer B. Zuckerman Mind Brain Behaviour Institute; and an Investigator at the Howard Hughes Medical Institute. He is an editor of Principles of Neural Science, the standard textbook in the field. His book The Age of Insight won the Kreisky Award in Literature, Austria's highest literary award. Kandel has received 23 honorary degrees, is a member of the U.S. National Academy of Sciences as well as a Foreign Member of the Royal Society of London. He has been recognized with the Albert Lasker Award, the National Medal of Science, and the Nobel Prize for Physiology or Medicine in 2000.