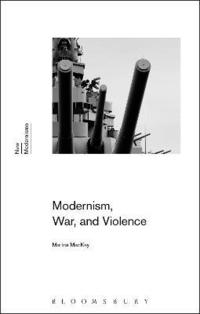 av Dr Marina MacKay
Häftad Engelska, 2017-05-18
279
Köp
Spara som favorit
Skickas inom 7-10 vardagar.
Gratis frakt inom Sverige över 159 kr för privatpersoner.
Finns även som
Visa alla 3 format & utgåvor
The modernist period was an era of world war and violent revolution. Covering a wide range of authors from Joseph Conrad and Thomas Hardy at the beginning of the period to Elizabeth Bowen and Samuel Beckett at the end, this book situates modernism's extraordinary literary achievements in their contexts of historical violence, while surveying the ways in which the relationships between modernism and conflict have been understood by readers and critics over the past fifty years. Ranging from the colonial conflicts of the late 19th century to the world wars and the civil wars in between, and concluding with the institutionalization of modernism in the Cold War, Modernism, War, and Violence provides a starting point for readers who are new to these topics and offers a comprehensive and up-to-date survey of the field for a more advanced audience.
Visa hela texten

Although other critics have described the particular ways in which modernist writers have represented war and violence, Marina MacKay makes this topic new in her comprehensive and generative study, Modernism, War, and Violence. In this physically concise yet intellectually expansive volume, MacKay grants her reader a panoramic view of war and violence in Anglophone literature from the fin-de-siecle to the Cold War, offering many fresh and incisive ideas along the way ... It is hardly possible to overstate how useful this book would be for a graduate student seeking to gain surer footing in thinking about the continuity of twentieth-century literature. Modernism, War, and Violence is a gift to the field of literary modernism, on that we knew we needed. -- Michelle McSwiggan Kelly, New York University * James Joyce Quarterly *